THE HOMICIDES MUST HAVE OCCURRED IN 2018 OR BEFORE IN ORDER TO BE ELIGIBLE FOR THE up to $5,000 REWARD

BELOW ARE THE CURRENT CASES THAT QUALIFY FOR THE up to $5,000 CASH REWARD.

On December 3rd, 2020 officers responded to a shooting at 382 Treeland Dr. Upon arrival they located Vince Harris deceased from a single gunshot wound inside his residence.
- - - -
Police release name of the victim in homicide off Treeland Drive

CLARKSVILLE, Tenn. (CLARKSVILLENOW) – One person was killed early this morning in the St. Bethlehem area of Clarksville, the day after another homicide just blocks away.

Clarksville Police are investigating a homicide this morning in the 300 block of Treeland Drive, according to Detective Michael Patterson.

Investigators are asking residents in the Treeland Drive area to contact police if their home surveillance cameras recorded any suspicious activity early this morning, Patterson said.

The house is in a neighborhood off Union Hall Road between Trenton Road and Wilma Rudolph Boulevard. The scene is about 4,000 feet north of New King Mao restaurant, where a man was shot and killed at about 10:30 a.m. Wednesday.

The shooter from the restaurant homicide ran from the scene, and police had been searching for him in the Union Hall Road area. But Patterson said police don’t believe the two homicides are connected.

No further information was released.

No arrest has been made, according to CPD, and no further information has been released. 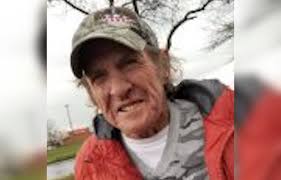 On July 10, 2020 Police in Clarksville were looking for a car in connection with a death of a pedestrian late the evening of July 9, 2020.

On Monday, police said they are looking for a four-door car with damage to the front passenger side headlight area. Investigators said they believe the car could be a 2016, 2017, or 2018 Nissan Altima.

NASHVILLE (WSMV) - "Devastating. Hurt," Barbara Short said. "Destroyed. I mean, why would somebody run off after hitting someone like that?... What if that was their parent laying there?"

Short's father, Liburn Evitts, was 77 years old when he was struck by a car on News Providence Road and left to die. "He was a walker," his daughter-in-law, Nicole Leyva explained. "He walked New Providence downtown. People knew him by walking around town collecting golf balls."

Police said Evitts was hit by a four-door sedan just after 11:00 p.m on July 9. Surveillance video isn't clear enough to make out an exact model. "Accidents happen, you know, things like that happen," Leyva said, "but you stop and call 911. You stop and offer help." Police estimate Evitts was left on the side of the road 45 minutes before someone called for help.

"He may be, possibly could’ve e been saved," Short said. "He never did anything to anybody to deserve nothing [sic] like this. Never."

Investigators said it will take witnesses coming forward to solve this case. Crime Stoppers is offering a cash reward for any information leading to an arrest. Tips can be made anonymously.


After nearly three months without answers, a Clarksville family is pleading for answers in the hit and run that killed their father

On October 08, 2019, the Clarksville Police Department responded to a shots fired call in the area of 1140 Main Street. When officers arrived they located a 2002 Oldsmobile Intrigue in the driveway of 1140 Main Street that had been shot multiple times. Inside that vehicle was Keira Johnson who had sustained multiple gunshot wounds.
If you have information about this crime, please call Crime Stoppers at 931-645-TIPS, or go to www.p3tips.com, and leave a web tip. Crime Stoppers pays up to $5000.00 for information leading to an arrest.  All tipsters remain anonymous. 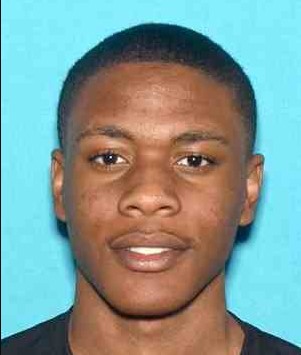 On October 6, 2019 officers responded to 706 Britton Springs Road and found a black male victim lying on the ground near the residence with an apparent gunshot wound and a laceration to his head.  The victim was later identified as Antony RICHARDSON.
If you have information about this crime, please call Crime Stoppers at 931-645-TIPS, or go to www.p3tips.com, and leave a web tip. Crime Stoppers pays up to $5000.00 for information leading to an arrest.  All tipsters remain anonymous. 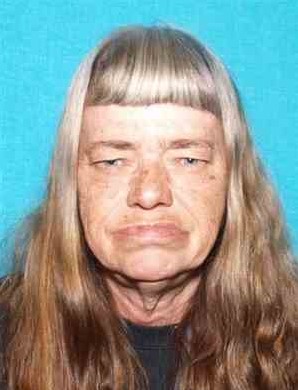 On May 27th, 2019 a police officer responded to a welfare check at 102 Church Court. Upon making entry officers and EMS located a BOWMAN on the couch with obvious head trauma. The investigation revealed that BOWMAN’s cell phone as well as some of her prescription medications were missing from the residence. 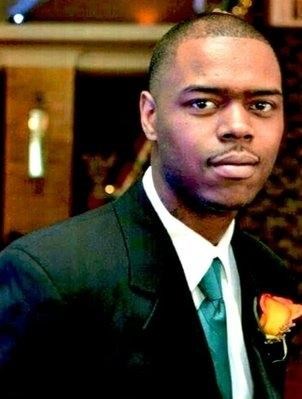 CLARKSVILLE, TENN. – On November 20, 2017, the Clarkville Police Department responded to 201 Mitchell Street at approximately 4:07 p.m., for a shooting that had already occurred.  Upon arrival, officers found 28-year-old Rayquan Hudson had been shot and was lying on the front porch of this residence.  Rayquan Hudson was initially transported to Tennova Hospital but was later pronounced deceased.  Detectives from the Special Operations Homicide Unit and members of the Crime Scene Unit responded and processed the scene.

Detectives continued to investigate the homicide and the findings were presented to the August session of the Montgomery County Grand Jury.  On October 6th, 26-year-old Shamar Lebron Blount was served an indictment for First Degree Felony Murder and booked into the Montgomery County Jail with a bond set at $325,000.  Co-defendant, Khavell Malik Williams was also charged with First Degree Felony Murder and was served his indictment while being held in another state facility.  More arrests are expected in the case as it is an ongoing investigation, no other information is available for release at this time.  Anyone with information or additional is asked to please contact Detective Carlton at (931) 648-0656, ext. 5172.

On November 20, 2017, at 4:13 pm Clarksville Police responded to a 911 call and located Rayquan Hudson (28) suffering from a gunshot wound. He was transported to Tennova Medical Center, where he was pronounced deceased.

Police have identified the 28-year-old man who died after being shot at a Clarksville home.

The incident was reported Monday just after 4 p.m. at a home in the 200 block of Mitchell Street.

Police said Rayquan Hudson was found on his porch with a gunshot wound to his upper torso.

He was taken to Tennova Medical Center, where he later died. 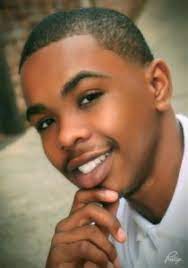 One person was killed and another injured in a shooting outside a Clarksville apartment complex early on June 12, 2016.

It happened at Hunter Hills Apartments on Jack Miller Boulevard around 12:45 a.m.

Clarksville police said 20-year-old Darius Walton was found dead at the scene and Jordan Choate, 18, was injured in the shooting.

The shooting remains under investigation.

Two parents have been searching for answers after their son was gunned down in Clarksville nearly fourth months ago.

Officials with the Clarksville Police Department said 20-year-old Darius Walton was shot and killed outside an apartment complex on Jack Miller Boulevard.

Authorities have not released further information into the possible motive of his death.

Darius's parents have been concerned that the investigation will turn into a cold case following weeks of little to no information.

"We still don't know what happened that night, we don't even know whose place he was at," Rufus Walton, Darius' father told NewsChannel 5.

Darius's mother, Lillian Santiago, discovered through his autopsy that he was shot 12 times. An 18-year-old with him at the time was also shot several times but survived.

"For many shots at an apartment complex, someone must have heard or seen something," Santiago said. "There's something going on but nobody is talking."

Darius was jailed for three months several weeks prior to his murder and faced drug, burglary, and theft charges.

His parents said he was not the perfect son but was on the track to getting his life back together. Despite his past, Darius's parents said they believe that shouldn't be an excuse as to why their son was killed.

"He did mess up in life and got caught up in the streets, but he still had a good heart," Santiago added. "That person didn't just shoot him once, he shot him 12 times!"

The family has set up a small memorial with Darius's pictures at his mother's house.

His parents have been urging anyone with information to speak up.

At last check, his death was an ongoing investigation. Anyone with information has been urged to call the Crime Stoppers TIPS Hotline at 931-645-TIPS (931-645-8477).


One dead, another wounded in shooting on Jack Miller Blvd. 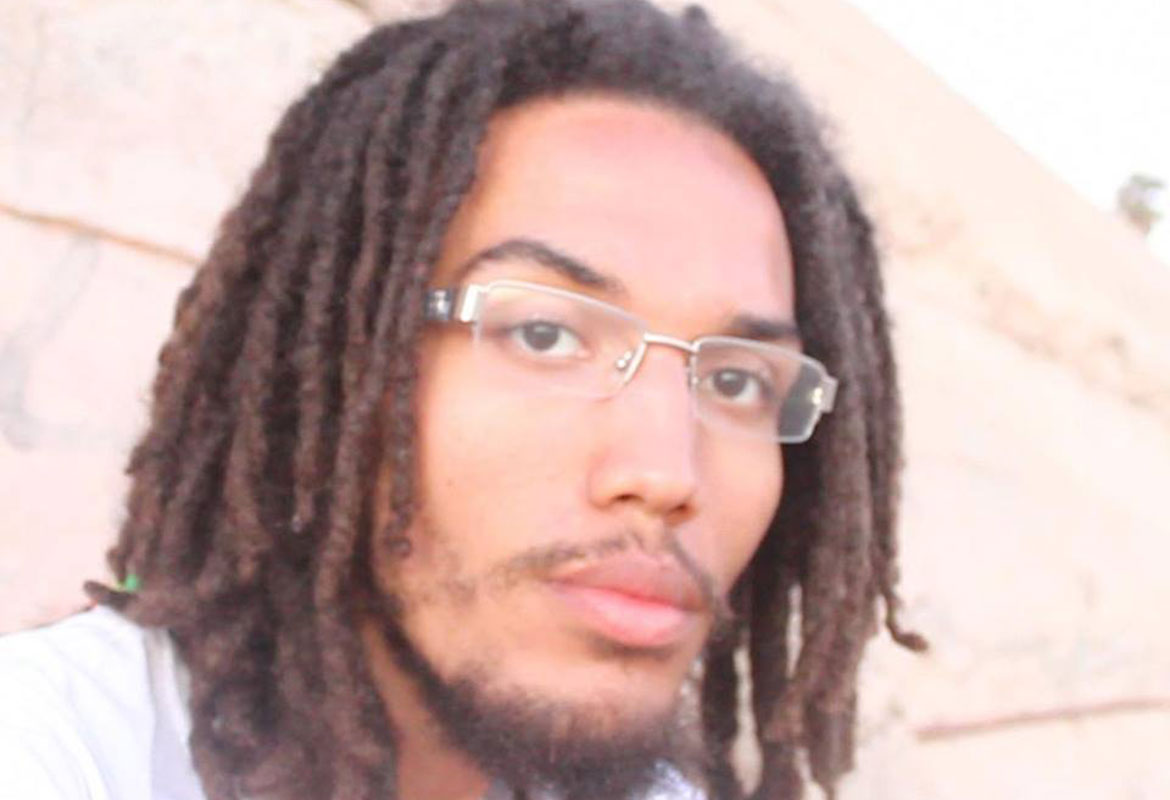 On January 04, 2016, the Clarksville Police Department responded to 831 Isaac Drive and located James Brown (26) deceased in his residence from an apparent gunshot wound.

Just before 8 p.m., Clarksville police were called to a shooting at a home in the 800 block of Isaac Drive, according to a CPD news release.

They found 26-year-old James Brown (aka J.L. Bey), of Clarksville, who died at the scene.

The circumstances around the shooting were not released.

Police had no suspects late Monday night, according to the news release.

This story will be updated Tuesday as more information becomes available.

Reach reporter Stephanie Ingersoll at 931-245-0267 and on Twitter@StephLeaf. 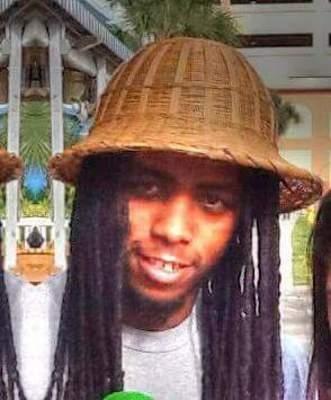 On March 23, 2015, the Clarksville Police Department responded to 919 Carpenter Street in reference to a drive-by shooting. Multiple individuals were injured during the incident. Vincent Pardue (27) died as a result of his injuries.

CLARKSVILLE, Tenn. – One man was killed and four others injured Monday night in a drive-by shooting while they were cooking out in the 900 block of Carpenter Street.

Clarksville Police were called to the home just before 9 p.m. to discover five shooting victims, according to police spokeswoman Officer Natalie Hall.

On Tuesday, police put out an alert for three black males seen leaving the area in a Kia Soul with a Tennessee tag R0393D.

Greene and Fentress were taken by LifeFlight helicopter to Vanderbilt University Medical Center in Nashville for treatment. Their conditions were not available Tuesday.

Russell and Dowlen were taken to Gateway Medical Center. Both were treated and released, said hospital spokeswoman Benita Martin.

Friends said Pardue was a father and was just married over Christmas, according to Leaf-Chronicle news partner WSMV-Channel 4 in Nashville. Neighbors joined in prayer or an embrace on Tuesday as they grieved for him.

Leaf-Chronicle records indicate Pardue was a wide receiver for Clarksville High, Class of 2007. Dowlen was a running back for CHS, graduating in 2009.